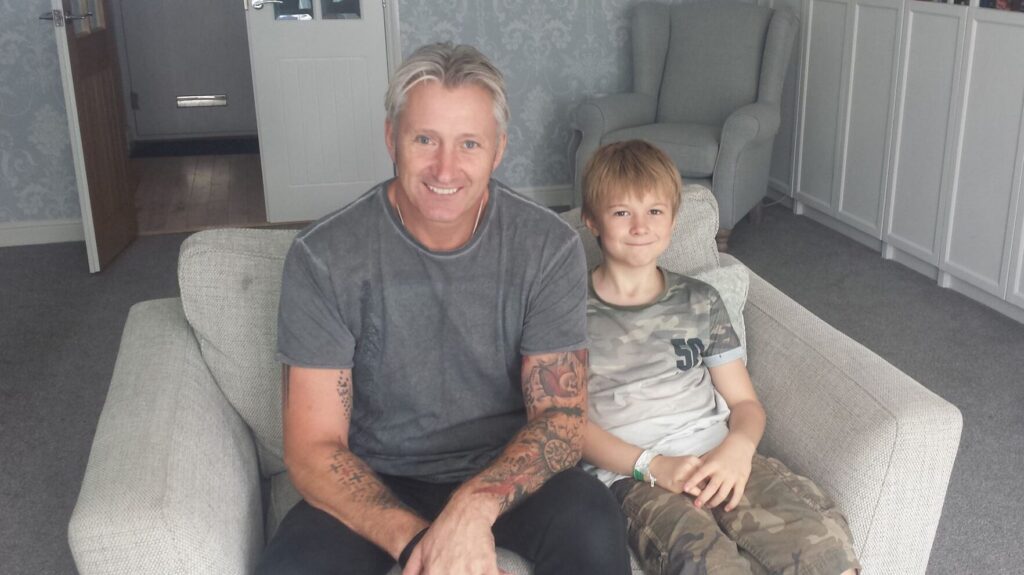 Jon King was a Staffordshire Police Officer for 27 years. Jon is a current beneficiary of St George’s Police Children Trust and explains the help he has received from the Trust.

‘We had been called to a disturbance in a house, where ambulance crews thought that agentleman was harming himself. He would not open the door and my Inspector began to smash the door open. As the door opened he began shooting at us, the first shot went directly into my right eye.

I hadn’t realised I had been shot at first, and thought that as my Inspector had been hitting the door, the door handle had flown off and hit me in the eye. It was like being hit with a hammer and I realised that I had lost the sight in my eye; I was fed up.

Over the next few months I was told that I could maybe work in the office. But I was concerned that something may happen to the sight in my other eye. I did not want to face that and made the decision to retire. When I received my first wage slip, I was about £1,000 a month worse off. I knew that I wasn’t going to work but I knew that I needed to find a financial answer. I have four children and the Trust provides a weekly allowance for each of them. We also get an allowance at Christmas, which is a huge help. When I took the wage drop I was worried that Christmas would be a struggle; Christmas is never easy for any parents, but this help makes a huge difference. It was also a relief to learn that the Trust will support my children should they wish to go to University.

We have also stayed in the holiday home in Harrogate; we went with the children for a long weekend, which was really really good. We are allowed to do that once a year and it is like being able to afford an extra holiday.

I never thought it would be me who would be a beneficiary; I never thought that I would get injured. I thought that my donations would pay for other officers facing bleak times. I am very grateful that I paid into the Trust and the help that myself and my family have received has given me a more positive outlook.’