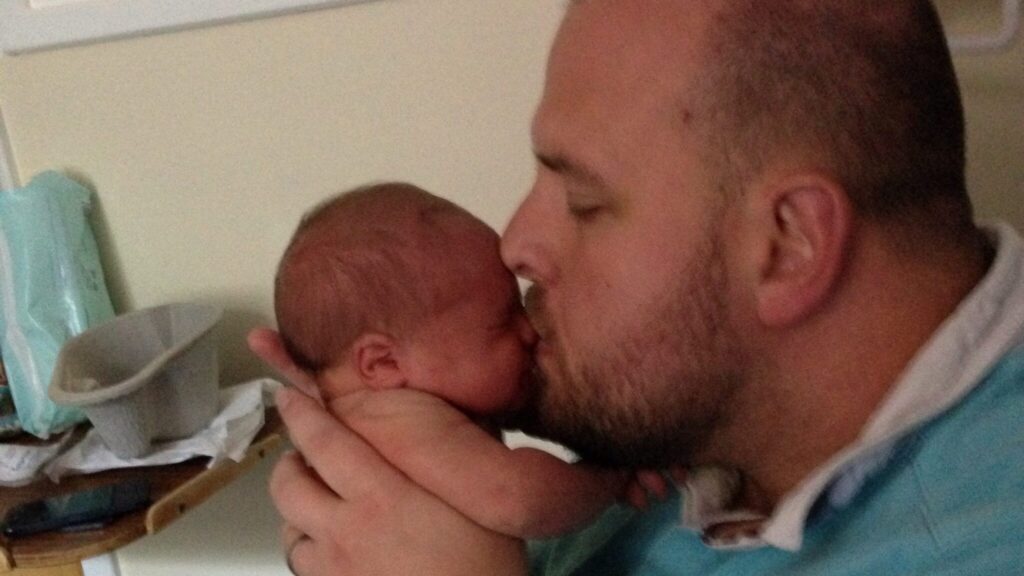 Mark was a 30 year old Police Officer working in West Yorkshire as a response officer, with 5 years in the force and a further 2 years before that as a PSCSO Officer, Mark was doing the job he had always dreamed of, and following in his father’s footsteps.

Parents’ to 5 year old Grace and 1 year old Oliver, Mark and his wife Louise were holidaying at Mark’s Aunties in France with family (including Mark’s parents) in the summer of 2015. Enjoying some well-earned rest from work and family time, Mark had enjoyed a day playing in the pool with his children and had just finished a nice family meal when he suddenly felt unwell and within minutes collapsed due to an undiagnosed heredity heart condition, with wife by his side and children playing in the garden nearby. Despite valiant attempts of resuscitation from family and medical professionals, Mark devastatingly passed away at such a young age with his whole life ahead of him. 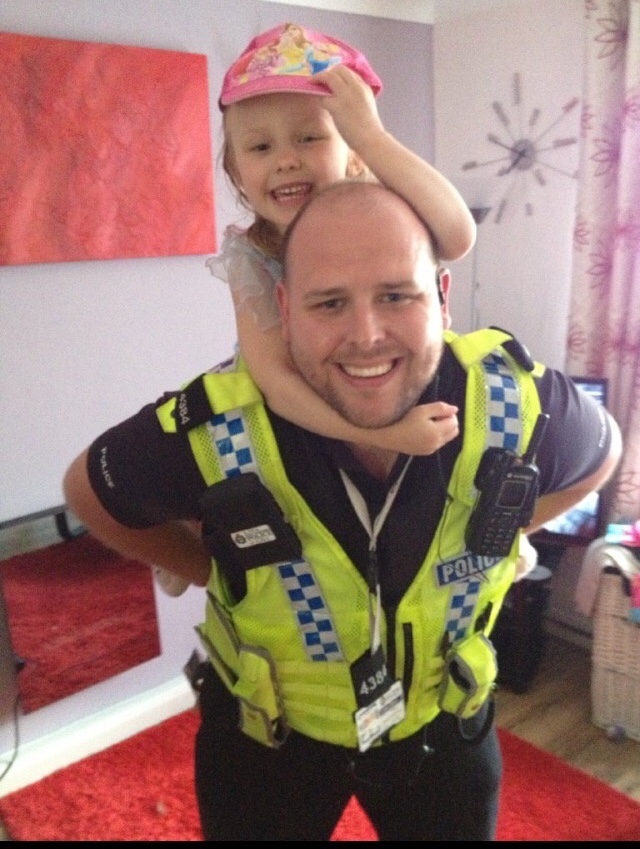 The family’s life was instantly turned upside down. Two of Mark’s close friends and colleagues came out and took control, making all the necessary arrangements to help ease some of the pressures the family were suddenly faced with.

Upon returning home the police federation visited Louise and it was at this time the St George’s Police Children Trust was discussed. Whilst this was a particularly difficult time for Louise and one she does not remember a lot of, her father took the necessary forms and completed and returned them. A few weeks later, Louise started receiving financial support by way of a weekly allowance for her two children.

“Mark always paid into everything, I used to tell him to remember charity starts at home, he ignored me and never cancelled any of his deductions, good job he didn’t listen to me. We never would have imagined this would be something we would have gone on and benefited from. No one knows what the future has in store.”

Louise has found the financial support from the Trust a blessing, in allowing her to put her one year old son into nursery two days a week. This has given Louise time to try to come to terms with what has happened, time to grieve and given Oliver a really good start in life.

“The trust funds two days nursery care for my one year old son Oliver, giving me that space for me, time to grieve and time to try to move forward.” 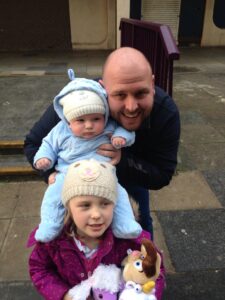 Without doubt it has been an exceptionally difficult time for the Walker family, fortunately Oliver was too young to have any memory, but five year old Grace finds it difficult talking about her daddy. Both Louise and Grace have and still do access counselling support and Grace has just turned a corner in the last few weeks, starting to play with her toys again and sleeping in her own bed.

With the first anniversary of Mark’s death impending (July 2016), it is still early days for the family. Looking ahead to the future, Louise hopes to be able to continue to use the support from the Trust to help provide good memories for her children and is grateful for the help the charity is providing to her and her family.